To date, Jim is the fastest American to ever lap the Nurburgring in a production car!

After 34 years of service with General Motors, I retired on September 1st, 2018. During my 15 years as the Ride and Handling Vehicle Dynamics Engineer on the Corvette, my first and foremost objective was to provide the customer with a product that is second to none. I’ve always strived for perfection. That mindset is the prevailing motivation as I develop new upgrades for the 6th generation Corvette owner.

I have been tuning/developing cars with Magnetic Ride Control (MRC) for almost 20 years starting in 1999 on the Cadillac STS, then the Corvette from 2004 to my retirement.

While developing the C7 ZR1, I decided to strip down the MRC calibration and build it back up using a completely different philosophy.  This philosophy was something I had been pondering for several years but time constraints prohibited me from implementing it.

As I re-developed the MRC calibration for the C7 ZR1, I quickly realized I had created a revolutionary change that significantly improved the ride quality and the handling in the Tour and Sport modes, as well as track performance. These changes were so significant I felt obligated to develop a path for re-tuning every 7th generation Corvette model with MRC, 24 calibrations in total for 2019.

My new philosophy improved the C7 model so much, we decided to make these calibrations available to every C7 owner as an upgrade.  Thousands of C7 owners have upgraded their cars and the positive feedback exceeded our expectations.

Retirement and the great results from the C7 upgrades prompted me to implement the same tuning philosophy and create new calibrations for the 6th generation car. The improvements for the C6 are as good or better than the enhancements in the C7’s!! I truly believe any C6 owner will feel like they got a new car.

I am so confident these new C6 calibrations will improve the driving experience (for ride quality as well as handling) in both the Tour and Sport modes, that I am offering a 100% money back guarantee on every upgrade. Please see detailed explanations about the improvements for your specific model on the “MRC upgrades” page.

As a representative of the Corvette Platform and the most loyal customers on the planet, I was lucky and honored to be called on to perform timed laps. Every engineer working on the Corvette has a part in the success of these laps. I can assure you I was not riding alone. Below are the some of the significant times: 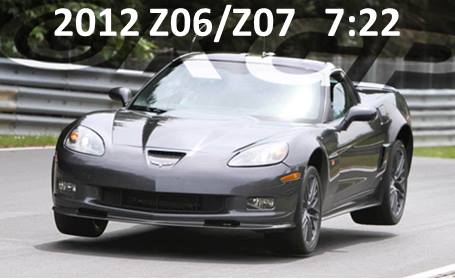 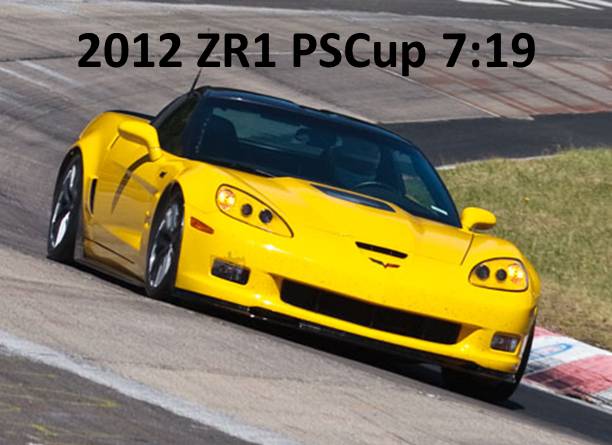 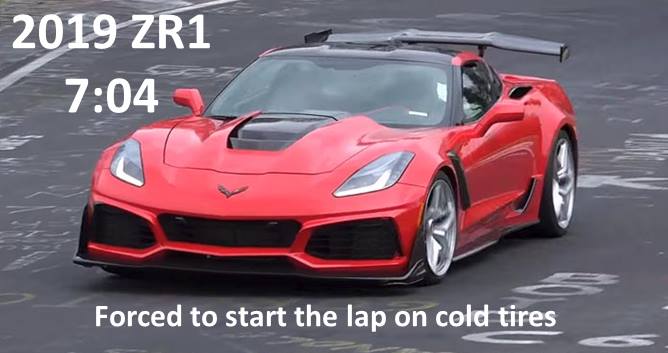 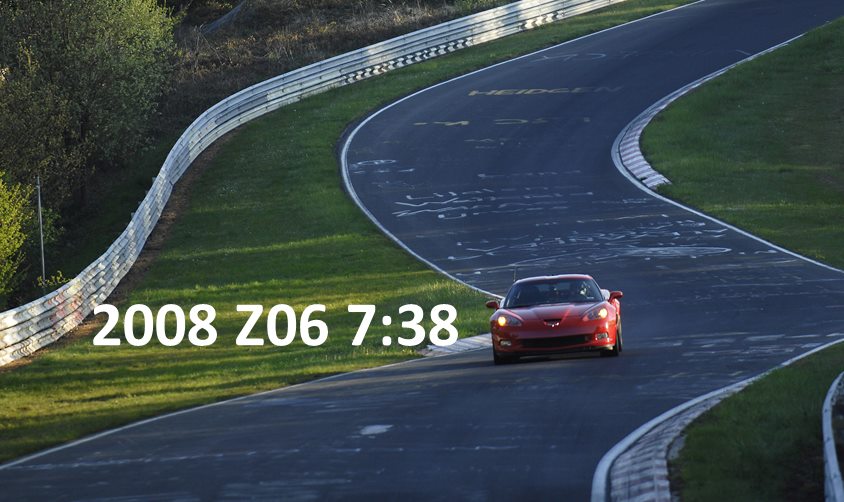 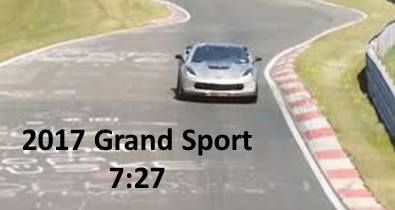 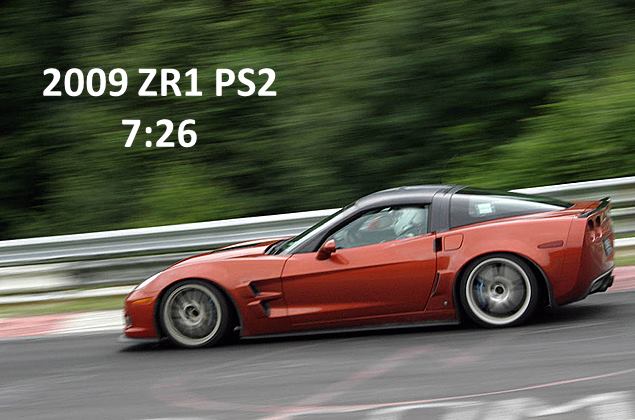 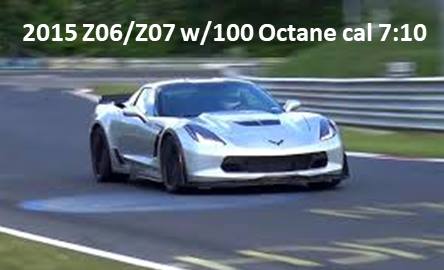 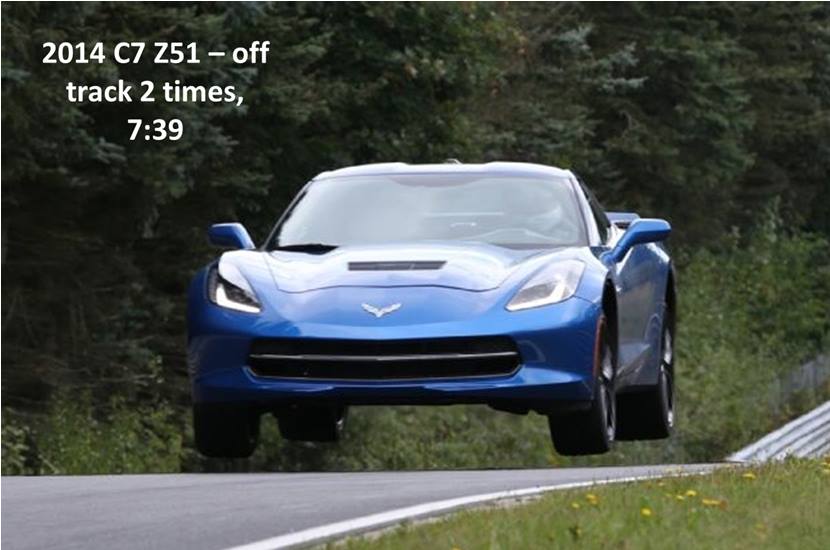 Last year I purchased a C6 Grand Sport convertible.  I bought the car in Texas and drove it back to Michigan.  In the fall of 2018, Jim asked if he could upgrade my car to get my thoughts. The transformation is unbelievable! The pleasure of driving the car in either tour or sport can’t be understated.  On my drive back from Texas I never put it in sport.  Now I do almost all my driving in sport. If I just want a nice cruising car, tour is perfect.  In both tour and sport, the car just glides over the bumps that used to beat me up bad.  Also, I noticed how much better the steering is, which surprised me.  Now I can’t imagine driving the car without the new programs. Read More Testimonials ->

After a total of 10 hours of seat time.  In both tour and sport. Mix of freeway 55-90mph with hours rural backroad and small-town slow driving. I like this new cal so much. Both tour and sport absorb the bumps very very nicely and are still stable and composed.  Everyone will notice a considerable difference. Read More Testimonials ->

Jim come to my house to put the calibration in my 2010 ZR1. When I bought the car, I had to drive it back from Texas to Michigan. 18 hours on the road was a bit of a headache. The car was a blast except for hitting potholes, railroad tracks, and impacts in general. Since the calibration, my car drives and handles 100x better. The impacts seem to be non-existent. Going over railroad tracks are a breeze and the sport mode is a true sport mode now. I’m amazed every time I take out my car. Love every bit of my new calibration. Read More Testimonials ->

The ride and handling for both modes is a dramatic improvement. As soon as I left Jim’s house in tour mode, I instantly felt a more “modern” feel to the car. Very comfortable now and yet more the handling is more responsive. I do not feel the hard rebound over larger bumps. It doesn’t pound my dash when I go over railroad tracks like it used to. I feel that there is more steering response at lower speeds and of course at high speeds.

When I put it into sport mode, I feel a good difference. Now I feel a nice transition between tour to sport. Before the upgrade, I never put it in sport unless I was showing my friends how harsh it was. I am driving it in sport mode more often now. The ride is so much better as well as the cornering.  I want to say it feels like a new stab bars were installed. It’s that much more balanced through the corners. Read More Testimonials ->

Just wanted to let you know how happy I am with the driving improvement. Drove over 250 miles yesterday. I am no expert but would say the car feels much more stable, planted, kind of hard to describe but driving over rough pavement sections has a sense that the suspension is working much more refined. These are really nice cars and your program just adds to the experience. Read More Testimonials ->

On a regular basis, I’m on roads with rough, heavily-worn asphalt, pot holes, sections of cracked and broken-up pavement and fragmented road edges. For around-town driving, I have MR set in the “Tour” mode and with Jim’s MR cal the car gets over all those crappy road surfaces with a bit more comfortable ride. On roads which are in better condition, but with bumps and heaves, the ride seems more controlled.

When hammering my ZO6 through the twisties in the mountains near my home–State Route 33 from Oaji, California over to where joins with SR166 is a favorite of mine–I put MR in “Sport” mode. With the Mero-calibrated “Sport”, when driving over high-frequency, low-amplitude chatter bumps, ripples, cracked pavement and stuff like that, I don’t feel those disturbances quite as much. Also, Sport, with a Mero MR cal, seems more appropriately-damped in that kind of driving than did Sport with the stock MR cal. Lastly, the car’s response to steering input, especially in an autocross movement or an emergency evasive maneuver seems different. The best way I can describe this situation is that steering is more “crisp”–for lack of a better word.

In short, I was impressed with Jim Mero’s C6 MagnaRide calibration, not only because of the improvements discussed above, but because his stuff is for “real world” driving and not specific to track use. Read More Testimonials ->

Select Your C6 Corvette Model Below To Learn About The All The Benefits You will Realize By Upgrading To The New Calibrations, Calibration Options, and Pricing.

Select on your specific model above to see:

The All The Benefits You will Realize By Upgrading To The New Calibrations.

Get Email Notifications When Jim Posts a New Story
Subscribe To The Blog Now!

Stay up to date with Jim's MRC suspension upgrades
& behind the scenes stories of Corvette development
No Thanks!

Powered by Convert Plus™
Go to Top